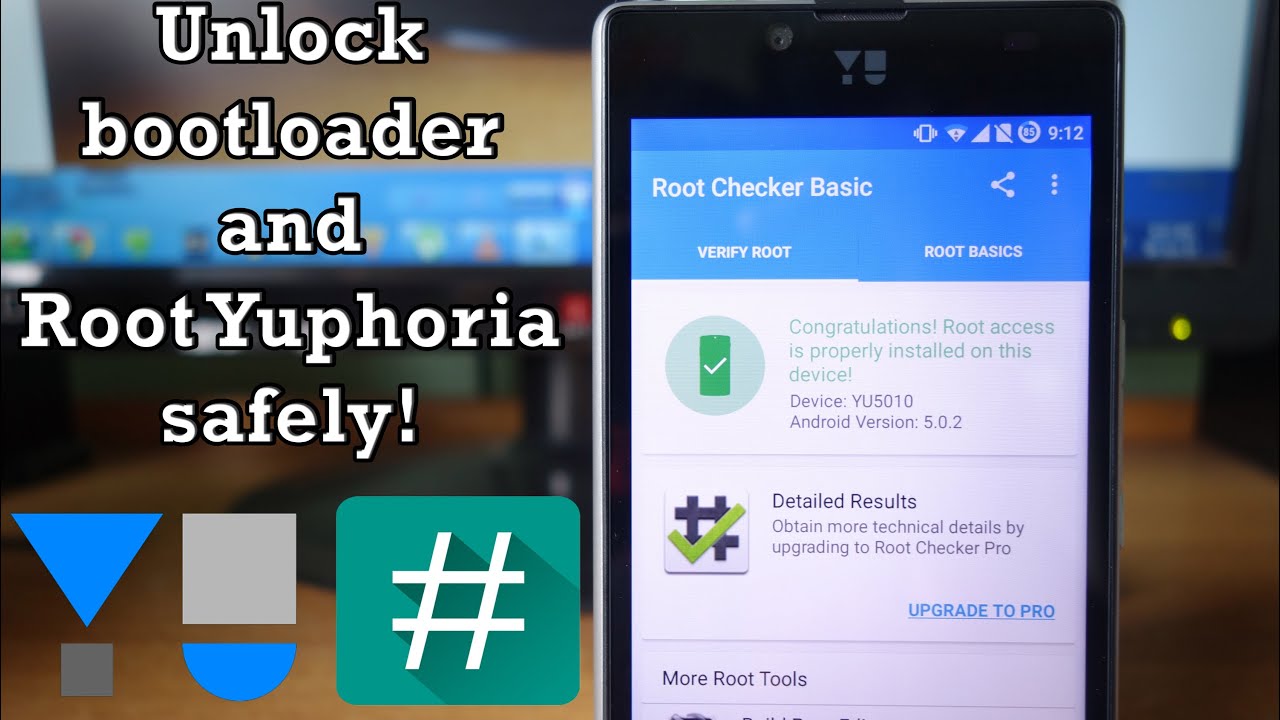 YU Yuphoria is the latest android smartphone which comes from the Micromax company and is now available exclusively on Amazon India online store with a price tag of Rs 6,999. Here in this guide we will let you to know how to unlock the bootloader of YU Yuphoria smartphone. Firstly, you should to unlock the bootloader of the smart phone and after that, you use the TWRP recovery to flash the SuperSu zip file to get the root access on the android phone.

Yu Yuphoria is the latest offering from the Yu. Aside from it’s sleek metal clad body and bang for the buck hardware, the Yu Yuphoria has a few software tricks up it’s sleeve! It runs on a stock of AOSP and once the bootloader is unlocked, then getting root permissions and installing custom recoveries on the smart phone device will be very easy.

While, Yu has already rocked the online Indian markets with its Yureka smartphone, and now it has been introduced the latest Yuphoria, which is trying to cover each and every part of the smartphone segment and features. If anyone looking for a guide to unlock the bootloader of Yu Yuphoria, then this post gonna helpful to them.

Before going into the process of unlocking the bootloader of Yu Yuphoria, let us make some necessary general settings on your Yu Yuphoria smartphone.

How to Unlock The Bootloader Of Yu Yuphoria ?

I’d hope you’ve successfully unlocked the BootLoader of Yu Yuphoria. If you’ve any doubts or queries regarding this then please feel free to comment below, we’re here to help.

Shaswat Shah is the Founder and Owner of the MyDigitalBuzz. He is very Passionate, Geek and Loves Technology. You can Follow him on Facebook
and on twiiter @Shaswat49

If you want to trace mobile number with owner name and address please kindly check out our latest research on it that how you can perform the trace. Stolen phones are not easy to find even for police. But this might help you in a way.